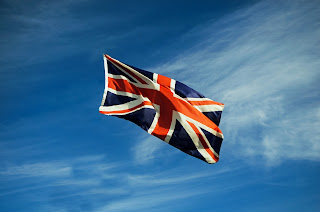 Brexit it is
The UK public has voted to leave the European Union after 43 years in yesterday’s referendum.
Leave has 51.7% of votes so far with 71.8% turnout (higher than pervious general election) suggests a vote for Brexit by a narrow margin.
The leaving process could take a minimum of two years, and even Leave campaigners don’t expect the process to complete until 2020.
Opinion polls were too close to call
Polling pointed to a closer result and recent momentum for the Remain campaign which had given markets an element of (false) security: the final poll put 45% Leave, 44% Remain, 11% Don’t Know.  While the binary nature of the debate suggested that those undecided might abstain, turn out has been high at 72%, despite (you guessed) it bad weather.

Source: BBC
Article 50
The Prime Minister, David Cameron, must now decide whether invoke Article 50 of the Treaty of Lisbon (to leave the EU) which starts a 2 year exit negotiation process.  If not invoked there is potentially more time for negotiation, but it would create additional uncertainty, in terms of direction, timing and mandate.
Experts ignored
The Remain campaign was able to rely on the expertise of economists, business leaders, and international bodies such as the IMF, all warning of dire economic and security consequences under a Brexit scenario.  The Leave camp, in rebellious vein, dismissed this as “project fear” being rolled out by a self-serving elite.  Ultimately, the vote was as much about emotions as it was about argument.
UK fragmentation
One of the second-order risks that the Referendum has unleashed is the risk of the UK finding itself regionally split.  At present, England is 53.2% Leave on 72.9% turn out and Wales is 52.5% Leave on 71.7% turn out. By contrast, Scotland is 62.0% Remain on 67.2% turnout, and Northern Ireland is 55.8% Remain on 62.9% turnout.  One of the unintended consequences of a “Brexit” from the EU could be an independent Scotland remaining part of the EU.  How Northern Ireland would be affected if it is outwith the EU with an open border with the Republic of Ireland that is within the EU is also going to require focus.

Source: BBC
EU angst
With the UK being the first country to leave the EU, a precedent will now be set.  Remaining members of the bloc may also start to “think the unthinkable”.  Brexit will shake the foundations of the European project and trigger introspection in Brussels and, possibly, reform.  Ironically, a reformed EU (focusing on trade only, without ambitions of statehood) is something that many Leave campaigners would want.  But the vote suggests that expectations in the ability of the EU to reform are low.
Markets
Whereas a Remain vote would have enabled a business as usual relief rally, the Brexit vote means prolonged uncertainty as the UK attempts to shape what its future looks like outwith the EU.
NOTICES: I/we have no positions in any stocks mentioned, and no plans to initiate any positions within the next 72 hours.  I wrote this article myself, and it expresses my own opinions. I am not receiving compensation for it. This article has been written for a US and UK audience.  Tickers are shown for corresponding and/or similar ETFs prefixed by the relevant exchange code, e.g. “NYSEARCA:” (NYSE Arca Exchange) for US readers; “LON:” (London Stock Exchange) for UK readers.  For research purposes/market commentary only, does not constitute an investment recommendation or advice.  For more information see www.elstonconsulting.co.uk Chart Credit: BBC Photo Credit: George Hodan/Free Photos

Popular posts from this blog

February 24, 2016
"Asset allocation is not everything. It's the only thing." One of the harshest lessons of the Global Financial Crisis was that when the going gets tough, correlations trend to one, giving even diversified investors very few places to hide.  It wasn't about whether or not you got burned, it was a more a question of degree. While there's a time and a place for active stock selection, from a portfolio construction perspective, it's the active management of the overall asset allocation that affects the outcome. Using ETFs for portfolio construction The growing popularity in Exchange Traded Funds is in part because of their elegance in providing broad, liquid, efficient and cost-effective market access to most major asset classes with a single trade.  We now have a broad range of building blocks with which to construct a diversified portfolio. As a result, the problem for investors has shifted from "How best can I access a broad choice of market
Read more

July 06, 2016
Confidence that UK equities having "made up lost ground" post-Brexit is misplaced. The largest UK companies that make up the bulk of the FTSE 100 and the MSCI UK Index have high exposure to global earnings. Apparent "strength" in the largest UK equities is just a translation effect of that revenue exposure. So the apparent uptick in UK equities offers no real comfort for global USD-based investors. For GBP-denominated ETFs tracking MSCI UK Equity (e.g. LSE:CSUK) performance is +3.7% since the EU Referendum Day 23rd June 2016 before votes were counted. Over the same period, the USD version of the same ETF (e.g. NYSEARCA:EWU) performance is -9.3% while sterling has weakened -12.4% (FXB). Performance of MSCI UK (LSE:CSUK) in GBP since EU Referendum Performance of MSCI UK (EWU) in USD since EU Referendum Chart Source: Google Finance
Post a comment
Read more

March 03, 2017
Commerzbank launches a certificate that tracks Elston’s multi-asset Minimum Volatility Index to provide a “Liquid Alternative” investment strategy The index was launched in December 2014 and has a two year track record The strategy has delivered on its target of providing diversified, differentiated returns with minimised portfolio volatility MEDIA RELEASE 3 rd March 2017 ETF specialist Elston Consulting announces today that is has successfully licensed its Elston Strategic Beta Global Minimum Volatility index (ticker ESBGMV) to Commerzbank for the creation of an investable certificate that tracks this innovative index.  The certificate is issued with an initial notional of £10m. Whereas most Min Volatility indices relate to a single asset class such as Global Equities, Elston’s approach was to launch an index that targeted the minimum volatility portfolio created from a globally diversified range of asset classes represented by low cost iShares® exchange trad
Post a comment
Read more